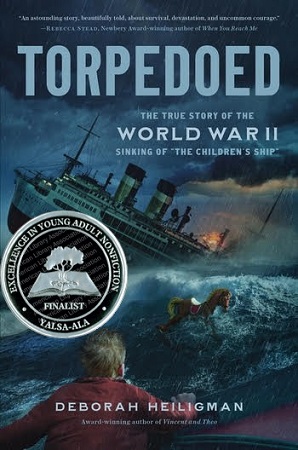 In the fall of 2014, my editor, Laura Godwin, took out her phone and showed me a fuzzy photograph of a custom-made lifejacket. That photo started me on an incredible journey researching and writing about the World War II sinking of “The Children’s Ship,” the S.S. City of Benares. After five years, I can say it was an honor to work on it.

Although the story is in many ways a terrible tragedy, in which many innocents die, it is also a story of heroism, altruism, survival and community. It is an anti-war book and a book about how important it is to help others–refugees, victims of war, of tyrants. Although these events took place almost 50 years ago, it is, sadly, quite timely. I don’t want to give too much away, but here’s a bit about it:

September, 1940, England. German bombs were falling on England every night, killing adults—and children. The Blitzkrieg, or “Blitz” had just begun. Hitler was also threatening to invade by land, as he was doing throughout Europe. People with means had already begun sending their children away to live with relatives or friends to keep them safe. But what about people with less money? As Hitler’s tanks rolled through Europe, the British government established a program so parents could apply to send their children away. By early September, 1940, thousands of children had already gone safely—to Canada, Australia, New Zealand, South Africa and America (under a separate program).

But the ship that set sail from Liverpool on Friday September 13th had a very different outcome. Four days later, after the Royal Navy Warship escorts had left, a German U-boat torpedoed the ship. There were one hundred children on board, most of them already asleep in their pajamas. A storm was raging, the air was cold, the water freezing, the winds howling, the waves high. The ship sank within half an hour.

This book shows the terrible tragedies, but focuses on the astonishing acts of heroism, courage, and survival. I hope you will love the real people in this true story as much as I do.

“Nonfiction maestro Heiligman (Charles and Emma, rev. 1/09; Vincent and Theo, rev. 3/17) here tells a riveting wartime story. As World War II brings intense bombing to England, some parents choose to send their children across the ocean, ostensibly to greater safety, but all ships crossing the Atlantic are at risk of attack by German submarines. On September 17, 1940, the unthinkable happens. The SS City of Benares–carrying two hundred passengers, half of them children–is torpedoed in the North Atlantic and begins to sink, leaving the pajama-clad passengers little time to scramble onto lifeboats in the dead of night. Heiligman navigates the chaos of those crucial minutes by skillfully juggling various points of view, heightening the narrative tension. As word of the disaster reaches the nearest ship, those in the water–in lifeboats, on rafts, clinging to debris–struggle to survive; many perish in the night from exposure to the cold temperature and stormy weather. Help eventually arrives, but in a gut-punch of a surprise twist, one lifeboat is left behind, extending the rescue drama by eight days and several more chapters. Heiligman builds and maintains suspense while remaining scrupulously faithful to the historical record, eschewing quotation marks, for example, for anything that’s not a primary-source document. Black-and-white photographs and illustrations are incorporated throughout; the front and back matter include an author’s note, a personnel list (“Shipmates”), a bibliography, source notes, and an index.”—Horn Book, starred review

“Heiligman recounts the little-known World War II maritime disaster of the sinking of the passenger ship City of Benares, which was evacuating children from England to Canada.In 1940, with German air raids reducing many of England’s major cities to smoldering ruins and a threatened invasion looming, thousands of British parents chose to send their children to safety in Canada through a program called the Children’s Overseas Reception Board. On Sept. 13, 1940, the passenger liner departed Liverpool in a convoy bound for Canadian ports. Onboard were 90 CORB children, their chaperones, crew, and paying passengers. Their Royal Navy escort left it on Sept. 17, and that night, unaware of the refugee children aboard, the commander of German submarine U-48 ordered three torpedoes launched at the Benares, the third hitting its target with devastating effect. Heiligman makes the story especially compelling by recounting the backstories and experiences of several of the children and their chaperones. These characters are presumably white; Heiligman takes care to note that the overwhelming majority of the crew were South Asian Muslims whose stories were not collected after the disaster. It’s a customarily masterfully paced and beautifully designed book, with reproductions of archival photographs and documents complemented by original pencil art by Lee that captures the action aboard the Benares and afterward. Expansive backmatter includes interviews conducted with Heiligman’s sources, several by her. An exceptionally well-researched and impressively crafted tale of desperation, tragedy, and survival.”—Kirkus, starred review

“This story of the SS City of Benares, a luxury ocean liner pressed into duty transporting English children to Canada during WWII, is in turns informative, intriguing, horrifying, and inspirational. Ample background information describes the London Blitz and its terrible toll on civilians, justifying why parents made the desperate decision to send their children overseas. Readers are introduced to the kids and their chaperones and share their first few idyllic days at sea, enjoying toys, games, and ample ice cream. Late one night, however, the Benares was torpedoed by a German U-boat. Several passengers died in the initial explosion; due to terrible weather, many lifeboats flipped while being lowered and dumped their occupants into the icy waters. Those who did make it into lifeboats faced hours of relentless freezing temperatures and huge waves, resulting in more deaths. Extensively documented accounts tell of harrowing escapes, incredible heroism, tragic accidents, eventual rescues, and the gruesome aftermath: only 13 children out of 90 survived, and overall the ship lost 258 of its total 406 passengers. The real-time unfolding of events is compelling, and young audiences will relate to these stories about students their own age. An epilogue, bibliography, and chapter notes make this ideal for reports; the powerful story from Printz Honor Book author Heiligman (Vincent and Theo, 2017) will attract additional audiences.”—Booklist, starred review

“Heiligman tells a story of bravery, courage, and despair through the eyes of the passengers on the SS City of Benares, a ship commissioned to sail to Canada with 100 children on board during World War II. The SS City of Benares was torpedoed by a German submarine. The imagery of the waves hitting the lifeboats and rafts as the survivors hung on for life is so vivid that readers almost feel as if they, too, are fighting for their lives. Heiligman includes information about the lascars, or Indian sailors, many of whom gave their lives to save as many people as they could. The book is filled with photographs, illustrations, and letters written from the children to their families, as well as the telegraphs reporting the deaths of those on board. The extensive back matter, paired with the author’s deft narrative touch, makes this title a must purchase for ¬libraries, a must-read for all, and a beautiful memorial for those who perished in this tragic event. VERDICT Expect this book to garner Heiligman another nonfiction award.”—School Library Journal, starred review

“In this gripping account, Heiligman (Vincent and Theo) relates the September 1940 attack by a German submarine on the British passenger ship SS City of Benares, which killed 258 people, including 77 children. In unflinching detail, the book depicts the often fatal struggles of enduring a torpedo strike at sea, as well as the selfless acts of those striving to keep other passengers alive. Distinguished by expertly woven research, including the author’s own interviews, the book focuses on the 90 Children’s Overseas Reception Board children who were being sent, like others before them, to safety in Canada. The volume describes the families’ tearful farewells and then the children’s delight during the first days on “the floating palace.” Frequent hints of the approaching disaster build momentum as the attack nears, and the tension increases dramatically as the narrative shifts to riveting individual stories of those awaiting rescue in lifeboats or on rafts. Accompanied by photographs and illustrations and including documentation of all who were on board, this is a harrowing yet inspiring look at a little-covered historical event.”—Publishers Weekly

"On September 17th, 1940, a German U-boat torpedoed the British passenger ship SS City of Benares, killing over two hundred people, including children that were being sent away to Canada by their loved ones through the Children’s Overseas Reception Board (CORB) to keep them away from the dangers of World War II. Heiligman tracks the events leading up to, during, and after the tragedy with meticulous research and a narrative style that balances the tension and drama of a wartime tale with respect and compassion for the lives lost. The book focuses on the experience of the ship’s children, both CORB and wealthier kids, lending a compelling immediacy with you-are-there details, like their utter delight at the variety of ice creams available on the “floating palace” to the rocking horse that’s a favorite toy in the ship’s playroom and is then seen floating away to sea when disaster strikes. Heiligman’s use of primary sources and oral interviews makes for riveting accounts of terror, death, heroism, and sacrifice, and foreshadowings of either doom or rescue give the pace a breathless urgency. Photographs and illustrations add further atmosphere; perhaps the most haunting image is the one that opens the book, that of a tailor-made life vest, a gift from an overprotective mother that saved her son from death. There’s no avoiding the terrible endings here, but it’s nonetheless a fascinating look at the intersections of “fate, human, error, accident, and bad luck” that so often bring about tragedy. Readers who’ve been absorbed by fictional retellings such as Hood’s Lifeboat 12 (BCCB 9/18) will appreciate the factual take here."—The Bulletin of the Center for Children’s Books

"In Torpedoed, award-winning children’s author Deborah Heiligman (Vincent and Theo; Charles and Emma) explores a harrowing moment in history with clear, insightful prose. Using first-person sources, Heiligman follows the stories of real survivors as events unfold, making history both engaging and personal. In addition to historical documents, photographs and illustrations, Torpedoed also includes ample back matter, including a bibliography, endnotes, an “After the Voyage” section and a list of names of those lost at sea. With her dual focus on the tragedy and the bravery of its heroes, Heiligman maintains an impressive balance while illuminating human strength and resilience in extraordinary circumstances."—Shelf Awareness

Read Deborah Talks to Roger, where I chat with the Horn Book’s Roger Sutton.

I visited with Kirby Larson on Friend Friday: read it here.

Andrew Speno takes a nice long look at the book on his blog, Retelling the Past for Today’s Young Readers

Read The Caul, an object of sailor’s superstitions from Merseyside Maritime Museum in Liverpool, England.

Torpedoed: Historic Moment To be Remembered, a review of the book on Sandra Bornstein’s blog.

Watch a video of an interview I did with School Library Journal about my research for Torpedoed.

Here’s a gallery of images about the research I did for the book. If you click on a thumbnail you’ll be able to see a slideshow of all the images. 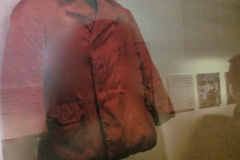 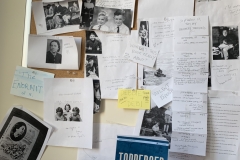 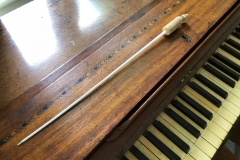 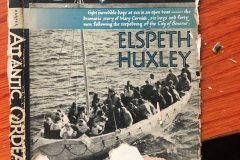 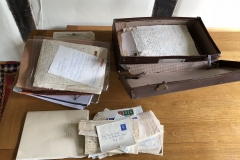 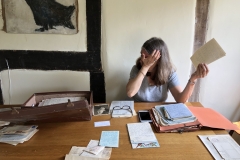 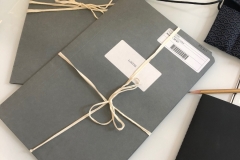 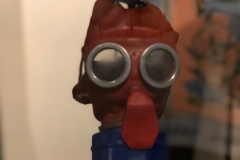 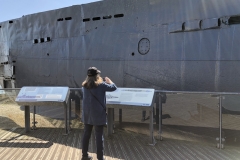 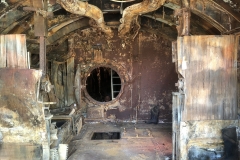 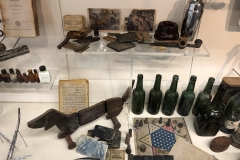 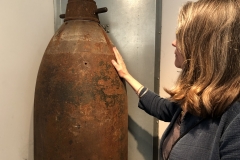 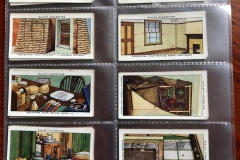 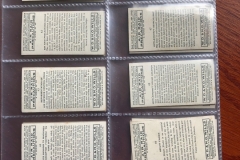 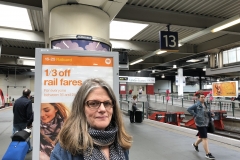 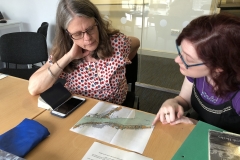 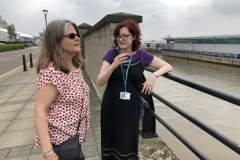 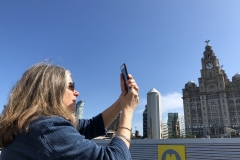 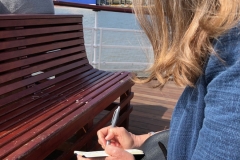 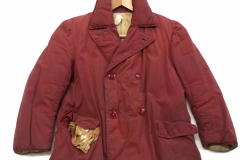 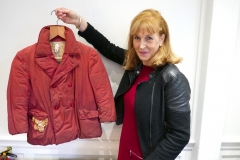 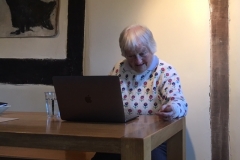 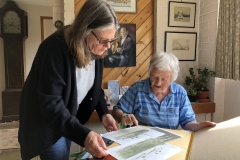 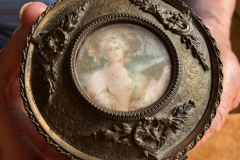 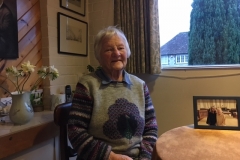 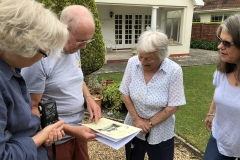 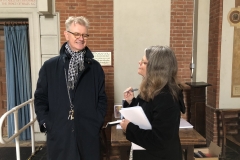 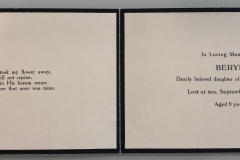 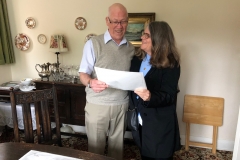