My Timeline for Charles and Emma: The Darwins’ Leap of Faith 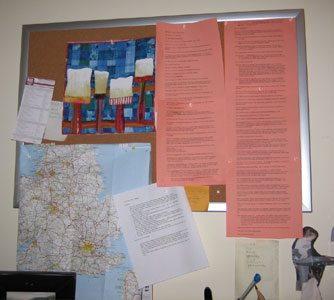 While I was working on the book, I made up my own time line and had it thumb-tacked to my bulletin board above my desk, along with a map of England. This way I could glance up and check out a date or a location without having to search through piles on my desk or documents on my computer. Here’s a photo of my bulletin board in case you don’t believe me. (But why wouldn’t you?) The salmon-colored pages are the time line. The white pages are comments on an early draft from my editors. The paintbrushes are a page from a quilt calendar (my friend made the quilt and it got into a calendar!) If you look hard you can also see: a cut-out of a photo of my younger son playing keyboard in a band, a knitting needle, a box of dominoes from my childhood, a schedule from University of Chicago where my older son was then in school, and who knows what else. But the main things to notice are the timeline and the map.

Here is a reproduction of the timeline, for your use. As you should with any source, double check me. I double checked myself if I used a date in the book. (I’ve cleaned it up a little, but it is still idiosyncratic-with facts in there that I wanted for the book, and notes to myself. I thought of cleaning it up more, but I thought you’d like to see inside my mind…)

For the purposes of this web page I’ve put in links to other web sites I think you might find interesting. Some of them are things I could not fit into the book and some are just other things you might like to explore. You can also check out the research I did for the book. So happy digging! 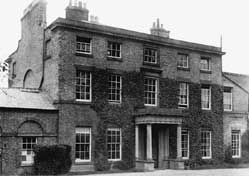 1818  June  Goes to Shrewsbury School as a boarder-stays 7 years.

1825  Charles Goes to University of Edinburgh.

January  Passes his BA examinations without honours but stays 2 more terms at Cambridge to fulfill residence requirement. Lots of time with Henslow; in August goes to Wales with Adam Sedgwick.
(December 27) to 1836 (October)  Voyage of the Beagle.

March  Moves to 36 Great Marlborough Street, London. Begins publication of Voyage of the Beagle. Becomes friendly with Charles Lyell, author of Principles of Geology. John Gould identifies his bird specimens.
July  “My first notebook was opened” transmutation of species, that is.

June 28 Queen Victoria crowned at 18 when Charles was 28.
August  Visits Maer but doesn’t propose
November 11  He does propose. “The day of days,” he writes… 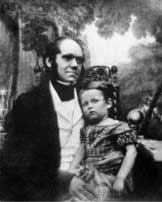 January 29  Marries Emma Wedgwood
Journal of Researches is published; later known as Voyage of the Beagle.

September  Moved to Down House in Downe, Kent.
September 23  Baby Mary Eleanor born and died at three weeks old.
On a visit to Maer in 1942, he makes a brief pencil sketch of his theory of “descent with modification.”

September 25, Henrietta born. (That link should take you to Emma’s diary for that year.)

The Sandwalk at Down House. © English Heritage Photo Library.

Charles expands his species sketch and gives it to Emma to be published in case of his sudden death. Also publishes Geological Observations on the Volcanic Islands Visited during the Voyage of HMS Beagle.
Late October  Vestiges of the Natural History of Creation published; Darwin reads it in November. 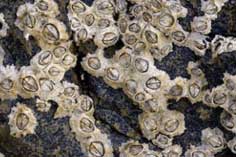 May 20  “Annie is something” letter
August 16  Francis born
November 2  “C shivering & sick at night” Entry in Emma’s diary.
November 13  Dr. Darwin dies. Charles goes to The Mount, but not in time for the funeral.

1849  March to June  The family goes to Malvern Wells so that Charles can take the water cure. Publishes chapter on Geology in A manual of scientific enquiry; prepared for the use of Her Majesty’s Navy. (Emma gets pregnant while they are there.)

Working on barnacles
January 15  Leonard Darwin, 4th son, born.
June 11-18  visits Malvern Wells again. This summer Annie’s health breaks down. June 27th Emma writes in her diary: “Annie first failed about this time.” Looks like she went back and wrote it.
October 18  They went to Ramsgate; 21st Annie feverish. Others went home on the 22nd; Emma and Annie stayed and went home on the 24th. In November took Annie to Dr. in London… 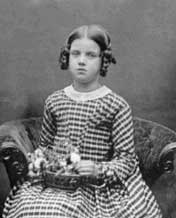 March 2  Annie turns 10
March 24  Charles goes to Malvern with Annie and Etty and old nurse Brodie; governess Miss Thorley joins them. Charles summoned back April 17.
April 23  Annie dies.
July  They visit the Great Exhibition in London. Publishes first of two volumes on barnacles A Monograph on the sub-class Cirripedia and first of two volumes on fossil barnacles, A Monograph on the fossil Lepadidae.

1855  Experimenting with seeds. London for a month. Happy family life, seems like.

The meeting room at the Linnaean Society. My husband once spoke there!

1859  November 24  Publication of the Origin of Species by means of Natural Selection, or the Preservation of Favoured Races in the Struggle for Life. On publication day Darwin is in Ilkley taking the water cure. (Emma had helped him with the proof sheets.)

1861  Letter to Charles from Emma re religion. 3rd edition of Origin. Begins work on Orchid book. 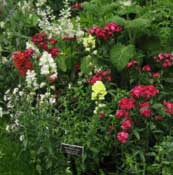 Emma’s garden as it was reproduced at the New York Botanical Gardens in 2008.

1863  Charles seriously ill…consults many medical men, including an ice cure (Dr. Chapman) in 1965. Very sick until spring of 1866. Emma takes up gardening; exertion cheers her up when she is sad.

1864  In November awarded the Copley medal of the Royal Society of London; it’s highest scientific honor.

1865  Publishes article on climbing plants; later that year published as a book. 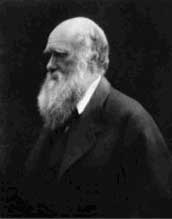 1868  Elizabeth Wedgwood moves to Down to be near Emma. Lives there for 12 years until her death. Her dog Tony, etc. Darwin meets Alfred Lord Tennyson and is photographed by Julia Margaret Cameron. The Variation of Animals and Plants Under Domestication is published.

Works on Descent of Man. 5th edition of Origin published.
April  They visit the Mount, but Charles found it very sad.

It wasn’t until he wrote The Descent of Man (pub. 1871) that he used the term “evolution” for the first time in its modern meaning, and context.
Etty marries Richard Litchfield and moves to Bryanston Street in London. Charles and Emma miss her, and visit often. Polly becomes Darwin’s dog after Etty’s marriage (she didn’t take her to London).

1872  6th edition of Origin. Publishes The Expression of the Emotions in Man and Animals. Etty’s husband helped him with expression in music for the book. Rents a house in Sevenoaks, Kent, likes the veranda, builds one at Down. 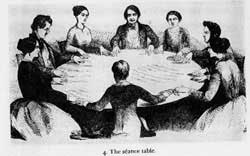 Séance at Erasmus’s with George Eliot and husband GH Lewes there. Charles did not stay; Emma did. Charles thought séances were all “trickery.” Emma thought probably so, but kept an open mind.
Summer  Francis (Frank) marries Amy Ruck

1875  Publishes Insectivorous Plants…sits for a portrait by Walter William Ouless.

1876  During the summer starts on his autobiography for children and future grandchildren. In September his first grandchild, Bernard, is born, but the mother, Amy, dies in childbirth. Frank and Bernard go to Down House to live; Emma basically raises him. Frank becomes Charles’s secretary, which is good.

1877  Awarded honorary LLD from Cambridge. Publishes The Different Forms of Flowers on Plants of the same Species and “A biological sketch of an infant” in the journal Mind (from observations of Willy.)

1879  Family holiday in Lake District. Publishes a study of his grandfather, followed by a bitter controversy with Samuel Butler who accuses him of plagiarism. Portrait painted by William Blake Richmond. Emma doesn’t like it: “quite horrid, so fierce & so dirty.” 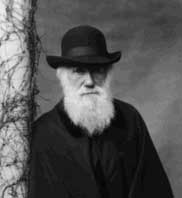 Children give Charles a present of a fur coat. Publishes The Power of Movement in Plants with Frank’s help.
November 7  Elizabeth Wedgwood dies.

Publishes The Formation of Vegetable Mould through the Action of Worms, with observations on their Habits
August  Erasmus Darwin dies.

1883  Emma buys a house, The Grove, in Cambridge; summers still at Down. Francis and new wife and Bernard live nearby in Cambridge so Bernard can see Emma as often as he likes.

1887  Publication of the Life… Autobiography-first edition, with omissions Emma asked for. (Was first published as part of Life and Letters of Charles Darwin, edited by Francis (and Emma.) Then it was reprinted in 1929 issued as a separate volume with Reminiscences by Francis Darwin, and a statement by him of his father’s religious views. His granddaughter Nora Barlow then published it restoring omissions in 1958!